POTUS45 – the horse is dead, you can stop beating it now!

“We are going to put American-produced steel back into the backbone of our country. This alone will create massive numbers of jobs.” Donald J. Trump in Monessen, PA, June 2016[1]

Today at approximately 12:00 noon, Donald J. Trump will become the 45th POTUS.  His mode of operation is quite different than those who have served as POTUS since I arrived on the scene.  However, he does share one thing in common with them.  Like others who preceded him, he has made a number of campaign promises, some of which I personally think are “Mission Impossible.”

One of the major reasons he won the election was his appeal to the those in the Rust Belt who have been seen their way of life and standard of living decline as a result of globalization and automation.  Many of these folks are depending on his promise to bring back manufacturing jobs and open up the coal mines. 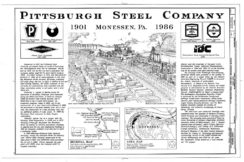 I grew up in a Rust Belt town back in the days when the local steel mill was a 24×7 operation and the river was dotted with boats hauling barges loaded with coal.  The steel mill is long gone and so are the coal mines that filled the barges.  And the once booming downtown is filled with dilapidated, boarded-up buildings rather than shops and businesses.

Good Luck President Trump.  I hope your promise to “Make America Great Again” includes Monessen, PA and all the other down and out towns in the Mid-Mon Valley.