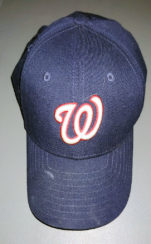 The Montreal Expos MLB franchise relocated to Washington, DC in 2005 and became the Washington Nationals.

Prior to the start of the National’s first season here in DC, the demand for apparel became so high that common items like baseball caps became hard to find.  I had planned to buy a red home game cap, but settled for a blue away game cap. 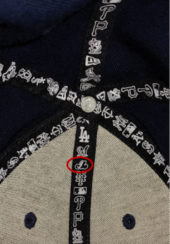 The inner lining of the cap has a neat feature: miniature logos of all of the MLB teams, including the now defunct Expos.  And the Nationals logo is not there! I spent last night at Nationals Park watching the Washington Nationals play the Chicago Cubs.  The Nationals won the game in the bottom of the ninth on a walk-off home run by Wil Nieves.

Nieves hitting the game-winning home run was the stuff movies are made of.  He has been playing professional baseball for over 12 years, but over that time has only played in 70 games in the major leagues….and this was his first home run ever in the majors!